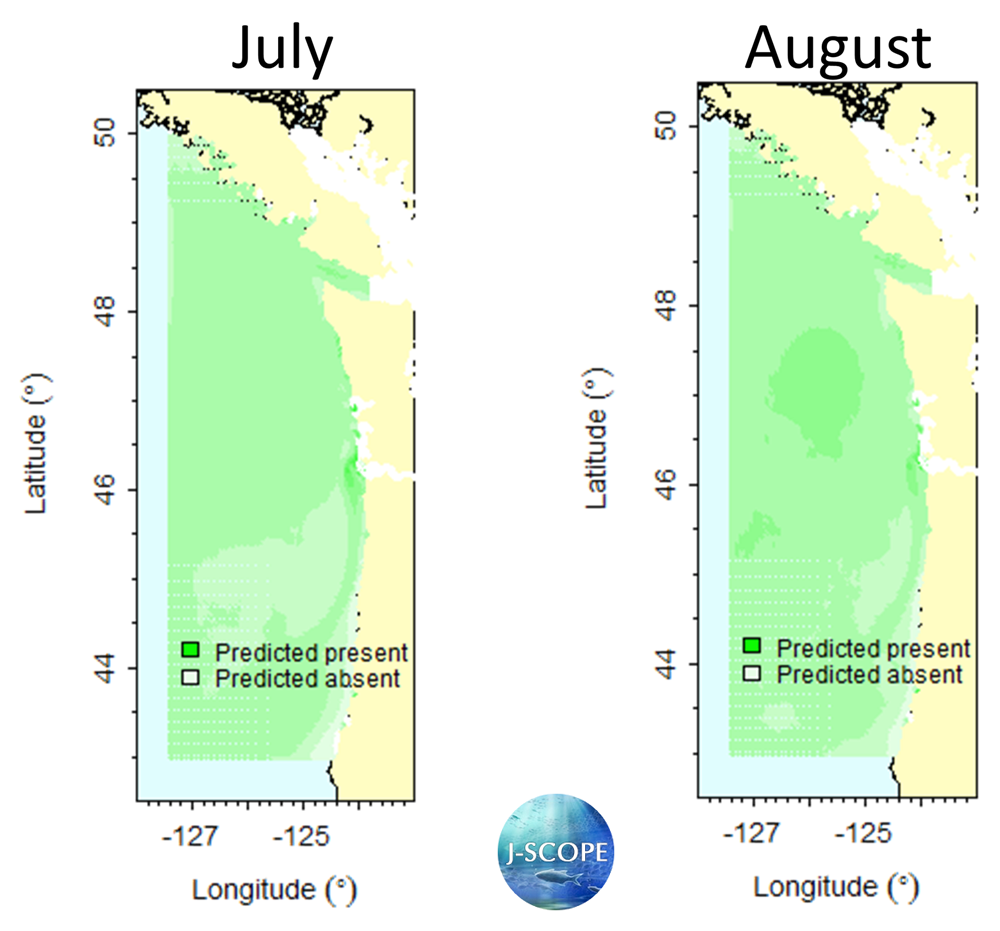 Sardine habitat, for July (left) and August (right) of 2016. These eight to nine month forecasts are the average of a three-member ensemble, initialized on January 5th, 15th, and 25th. Due to relatively warm sea surface temperature, the forecasts predict habitat suitable for sardine throughout the region. The exception is low salinity water for which the model expects sardine to be found at more intermediate rather than warm temperatures. This leads to low probability of presence in the Columbia River plume. Methods based on: Kaplan IC, Williams G, Bond N, Hermann A, and Siedlecki S. 2016. "Cloudy with a chance of sardines: forecasting sardine distributions using regional climate models." Fisheries Oceanography. 25:1, 15–27.

Note that the sardine population is currently at low abundance, and suitable habitat may not actually be occupied. In fact, 2015 forecasts also predicted good sardine habitat, but sardine were extremely rare in the northern part of our model region (West Coast of Vancouver Island).