The observed summer upwelling season of 2013 began on April 8, according to both COAS and NOAA, which is typical. While the observed cumulative upwelling was average, the season ended 20 days earlier than average in early September 2013.

Short wave radiation, which is the solar energy that warms the ocean sea surface temperature and drives photosynthesis of phytoplankton in the system, was unrealistically high in CFS, and this created some biases in JSCOPE. In 2009, the short-wave radiation was biased about 100 W/m2 in the modeled region. In 2013, the short-wave radiation was biased by about 50 W/m2 in the modeled region. The interannual variability in the bias in CFS has not been characterized in our region. As a result, in J-SCOPE, the oxygen concentration evolved to be lower than observed and the chlorophyll remained at high concentrations and deep for too long. Chlorophyll concentrations were too low at the surface because the elevated light levels caused the bloom to reside too deep in the water column.

The last month or so of the summer upwelling season was biased by the winds in the J-SCOPE forecast. While the observations remained hypoxic (oxygen < 2 mg/L), J-SCOPE predicted even stronger oxygen depletion (anoxia, near 0 mg/L) due to extremely high forecasted upwelling-favorable winds and the bias from short-wave radiation. The SSTs were biased high in the J-SCOPE forecast as a result of the elevated short-wave radiation inherited from CFS.

The results from 2013 indicate that the forecast has about 2-4 months of skill from spring conditions through the summer months. Future work needs to focus on how this timescale varies from year to year, as well as on improving the forecast by adjusting for the short wave radiation bias. Finally, forecasts will now focus on small ensembles, to better understand uncertainty in model predictions. 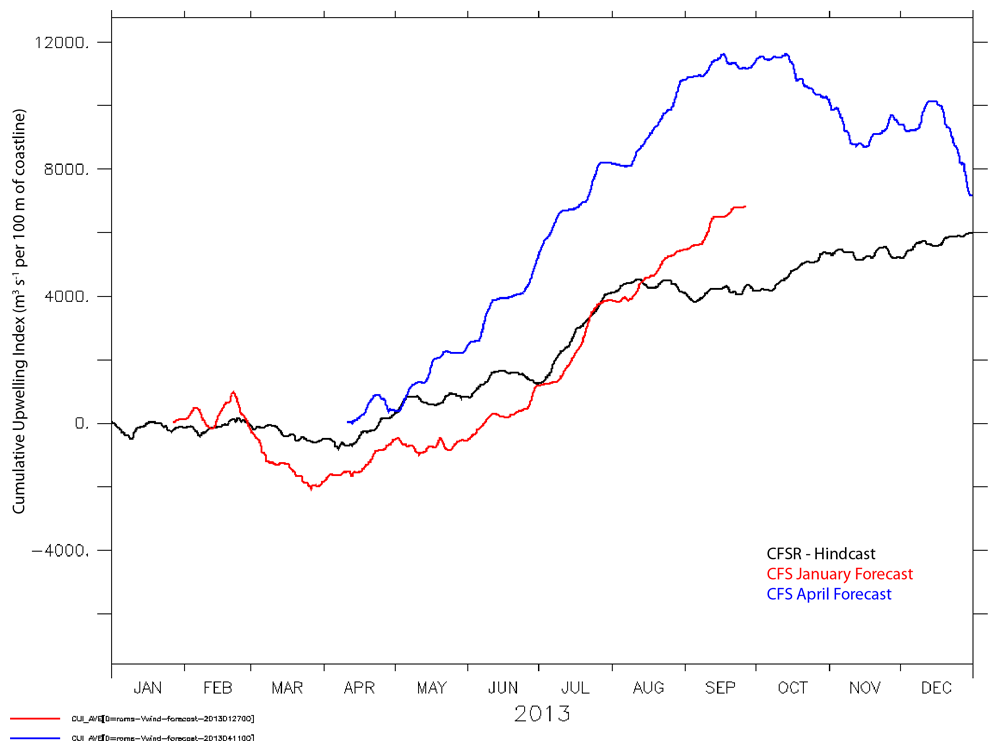 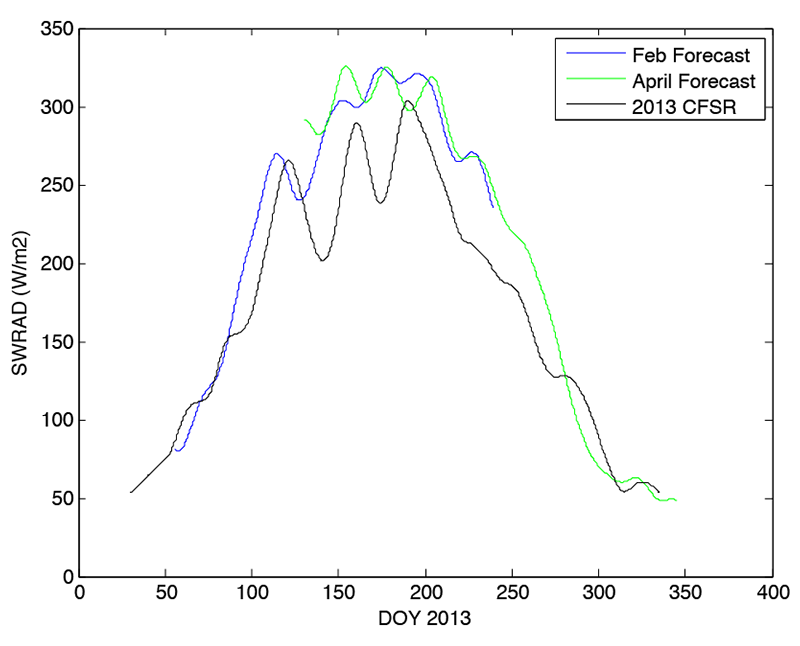