SST was biased high throughout the summer for the 2014 January forecast compared to the observations at the OCNMS Cape Elizabeth mooring; in August the forecast was approximately 7 degrees too warm. The April forecast was ~4 degrees cooler than the observations in July but warmer than the observations by ~2-3 degrees during July - September. The late upwelling season is when the forecast performed the worst, as previously discussed, due to the biases in the winds and radiation from CFS. Forecasted bottom temperatures were also biased warm by 0.5-0.75 deg C at the same mooring.

Sea surface temperature (top) and bottom temperature (bottom) forecasts compared to the Cape Elizabeth 42 meter station observations from the OCNMS on the Washington shelf. The modeled fields (January forecast - teal, April forecast - darker blue) were extracted from the model from the same location as the observations (red). 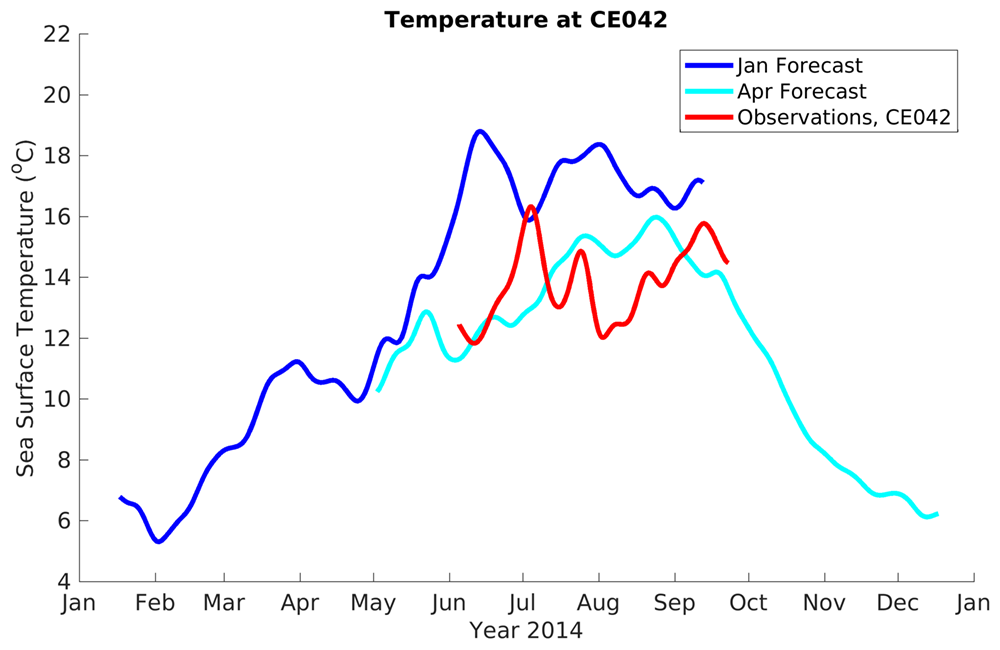