J-SCOPE forecast results for the simulation beginning in April of 2021 are shown through a series of figures below. In the first figure, each panel represents two-month ensemble averaged anomalies for the region. The panels directly under the anomaly plots depict the relative uncertainty from the ensemble for the same time period.

For waters off the Washington and Oregon coast, the forecast projects that SST will be near climatology throughout the upwelling season (May - August) and slightly lower than climatology during the fall (September - December). The relative uncertainty is very low during the upwelling season (May - August) and, although it increases slightly in the fall (September - December), it is still low (<10%) for the entire forecast.

The SST was forecast using all three model runs of the ensemble for three point locations where buoys exist, Ćháʔba· off La Push, Washington, NH-10 off Newport, Oregon, and CE042 in the Olympic Coast National Marine Sanctuary (shown below). All three indicate that SSTs will be near or slightly cooler than climatology during the summer upwelling season and into the fall months.

Finally, climatological cross-sections from the Newport Line in Oregon (44°N), as well as the Grays Harbor Line in Washington (47°N), are compared to the forecast average of the ensemble members. The forecast projects shallow subsurface waters (~20 - 150 m), extending from offshore areas to areas over the continent shelf, to have slightly cooler temperatures for the 2021 upwelling season than climatology in both Washington and Oregon, while deeper waters (> 200 m) are near climatology. The subsurface anomalies are projected to be slightly lower relative to climatology at the Grays Harbor Line (47°N) than at the Newport Line (44°N).

We note that the NANOOS Climatology App shows that the NDBC buoys along the Washington and Oregon shelf are recording sea surface temperatures near or slightly lower than the long-term averages during spring 2021. 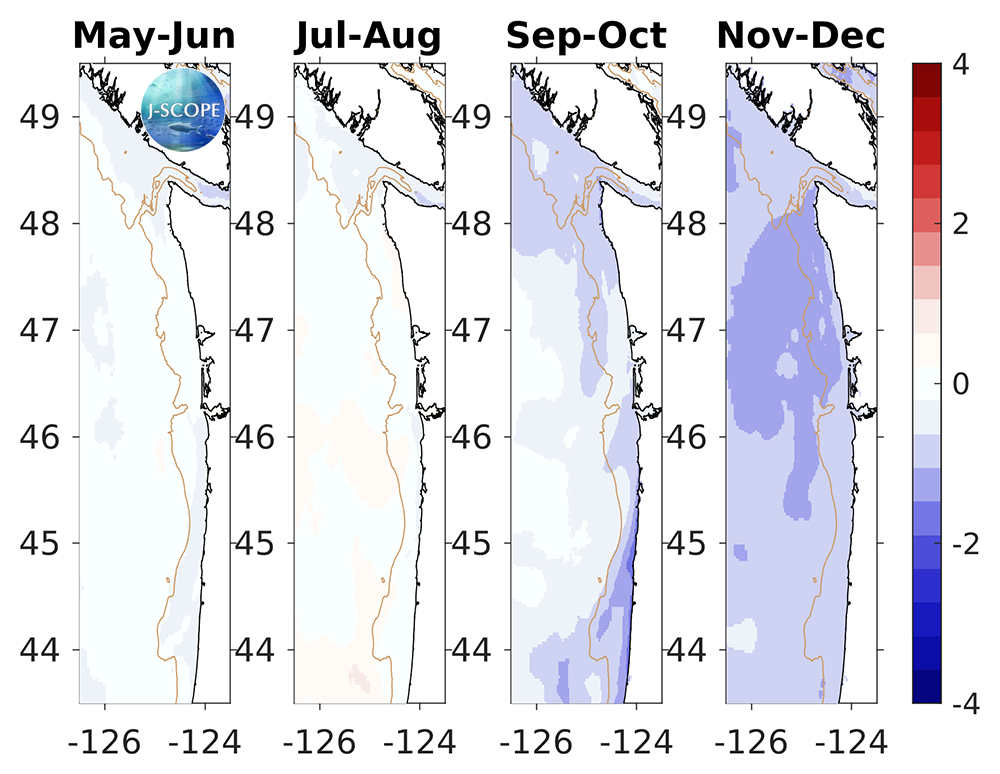 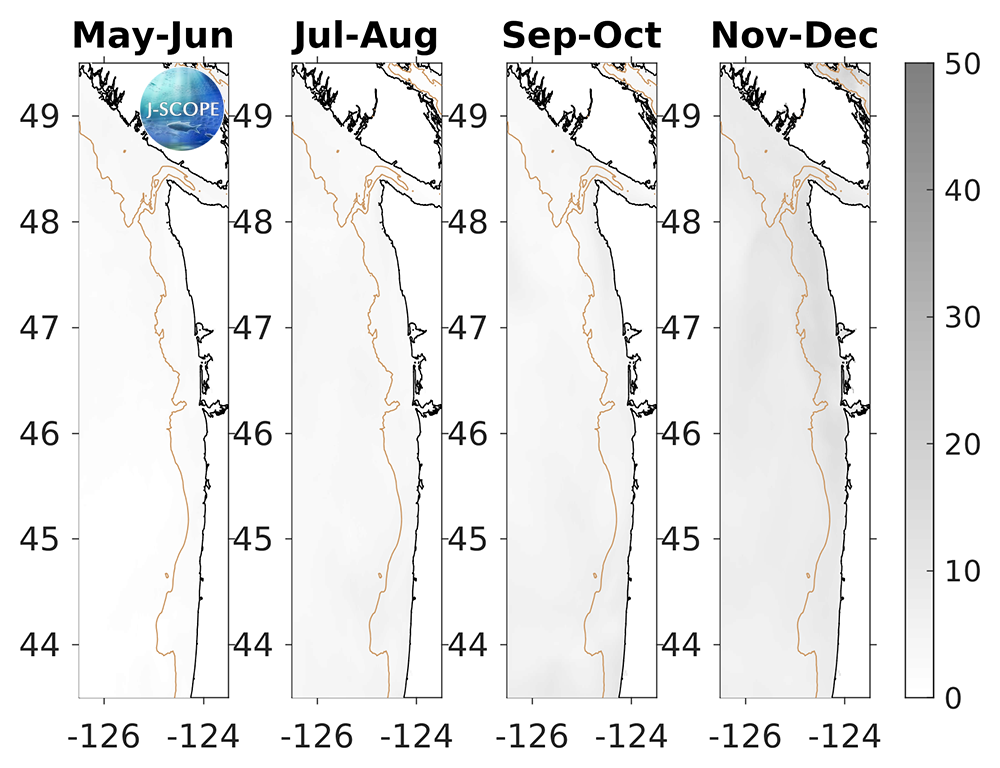 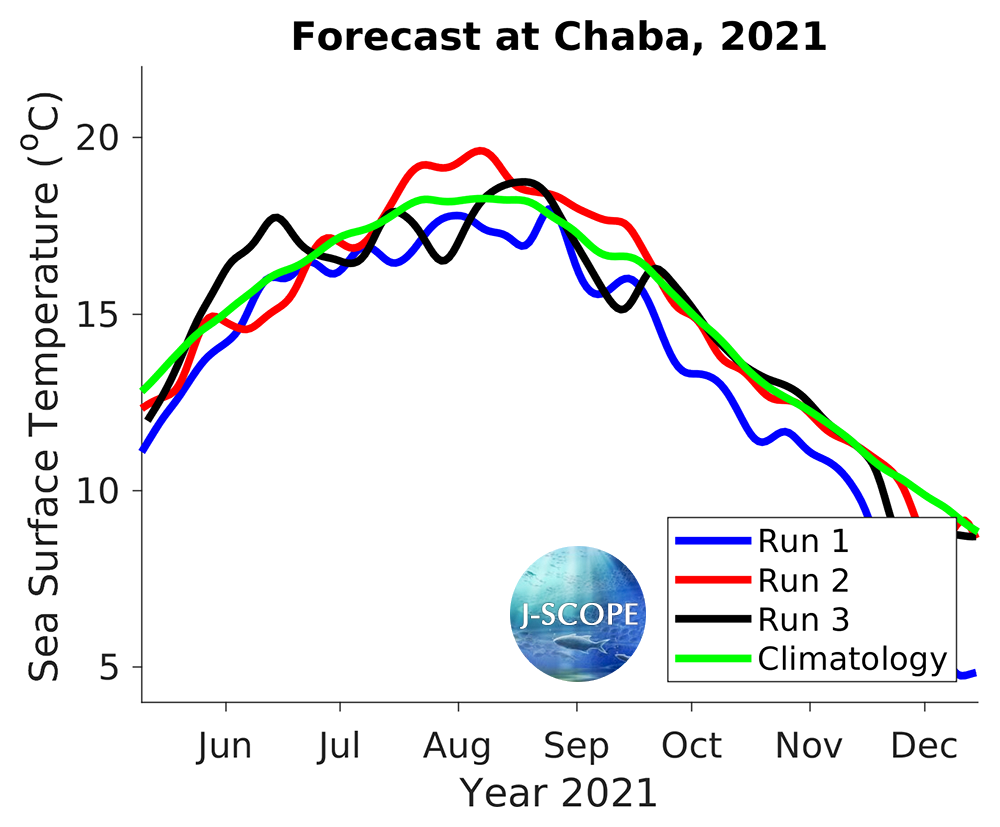 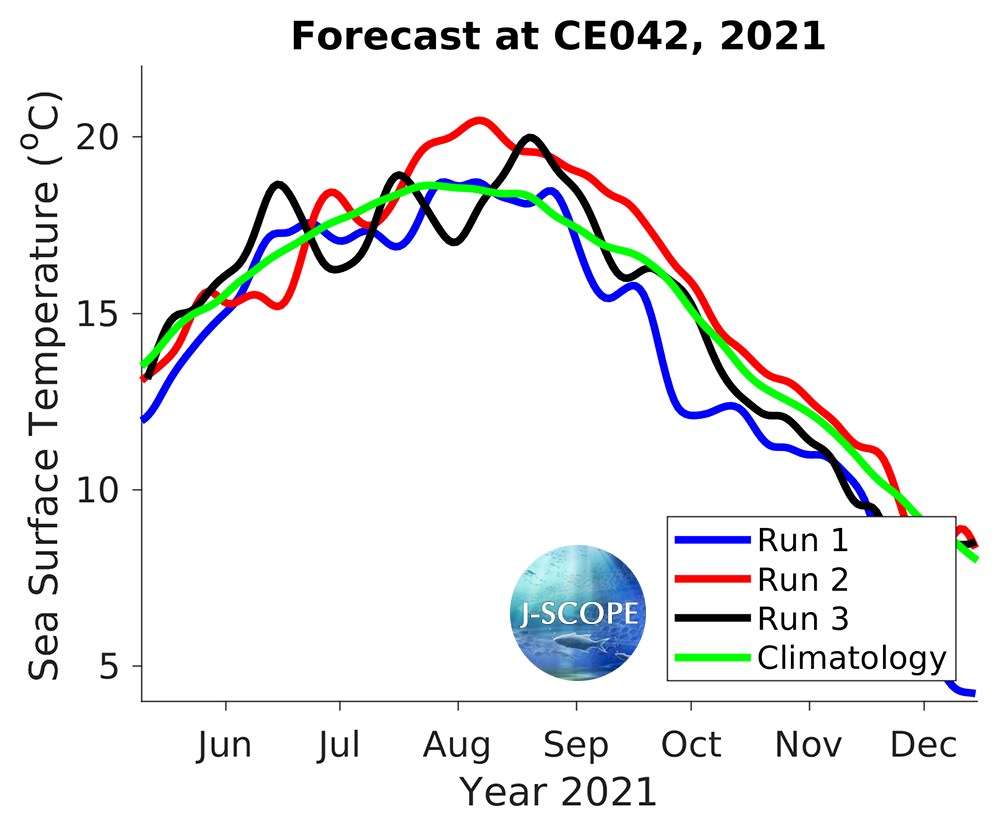 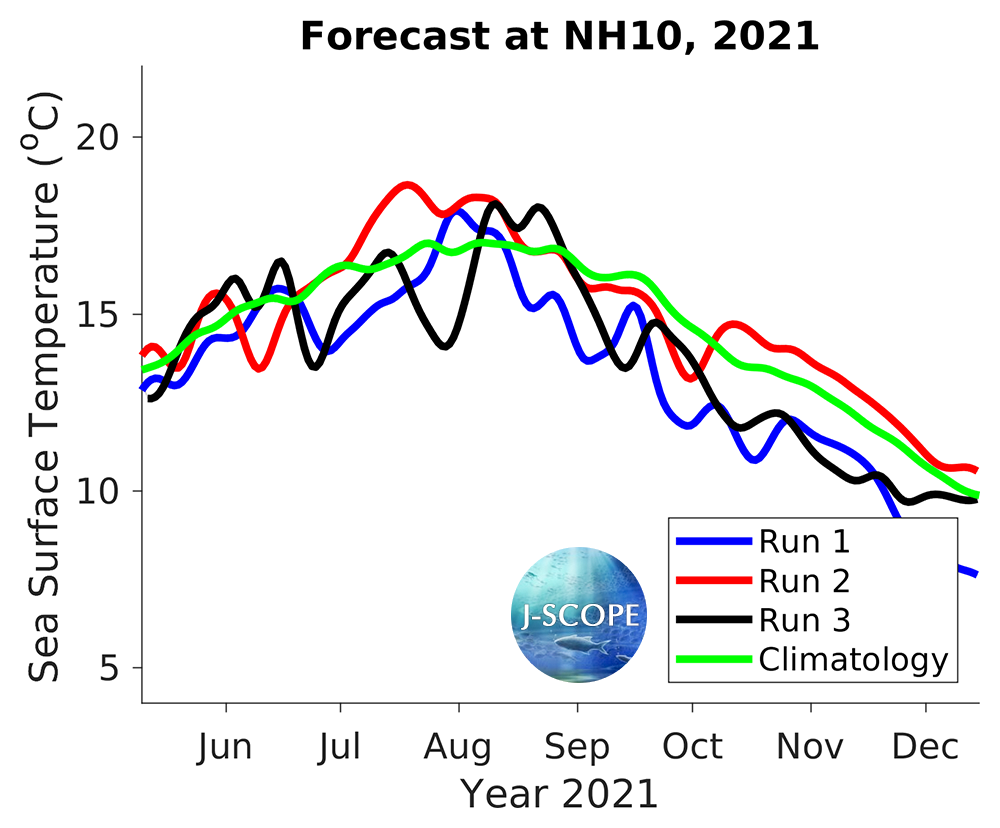